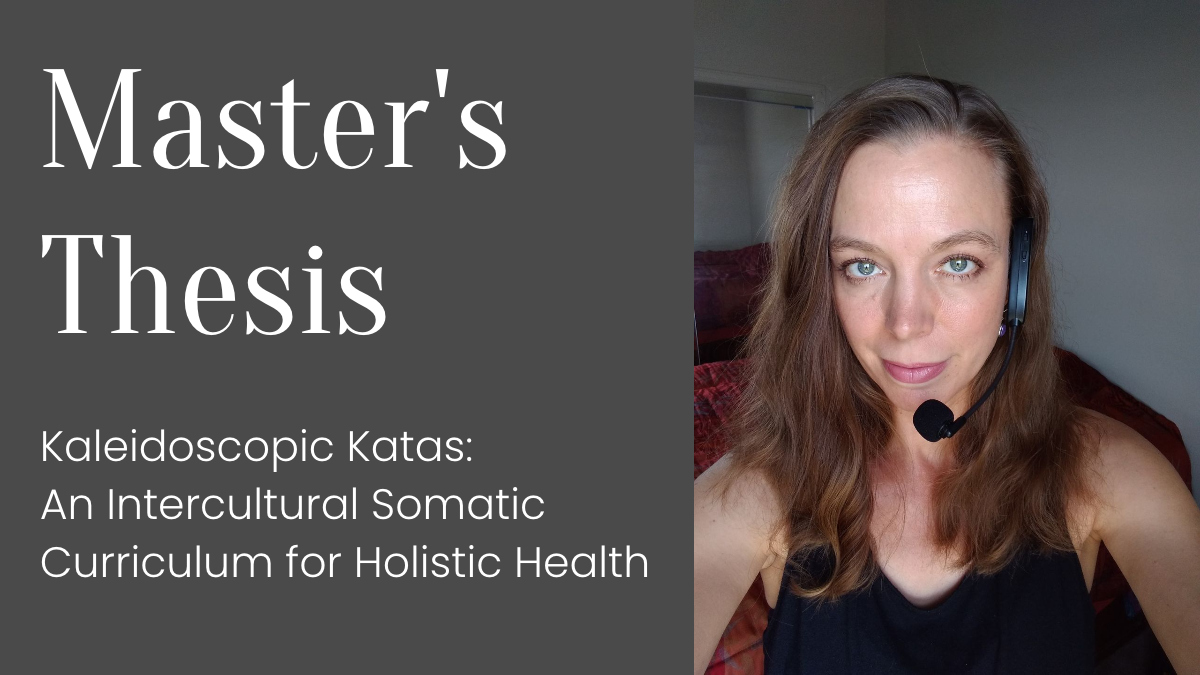 I am overjoyed to announce that my thesis has been approved by the University of Northern Colorado. I have been working towards my Master’s in Dance Education for the past two and a half years. Here is the link to the online publication:

I don’t expect that many people will read all ninety-nine pages of my thesis, but you may find parts of it interesting. Attempting to complete this rigorous program during COVID has been one of the most challenging things that I’ve ever done. I could not have accomplished this goal without the help of the people who I’ve listed on the Acknowledgements page.

The YouTube video is from the final class of the Zoom teaching research workshop.

The intent of this research study was to combine three African and Eastern somatic movement practices into a modern dance curriculum. Few studies have investigated the therapeutic value of subtle body awareness in a dance class context. This integrative study combined psychological, physiological, and contemplative pedagogical approaches, which led to the development of a comprehensive five-part workshop with five adult participants. This ten-hour online class series involved learning a traditional Afro-Haitian serpent dance called the Yanvalou, the Tantric practice of Chakra Yoga, and the Five Animals qigong. The original curricular goal was to combine these three modalities into five sequential katas. Due to numerous COVID-related setbacks, the researcher modified the curriculum and examined the relationships within this trinity of movement forms. The following qualitative instruments were used in this multimethod research study: reflective journal entries, participant commentary, a post-study rubric, video documentation, and the researcher’s observations. Pre- and post-surveys were used for quantitative data collection and were cross-referenced for the purpose of identifying emergent themes. The combined result of this data provided evidence of holistic health enhancement, personal empowerment, and altered states of consciousness. This study advanced the somatic application of the Yanvalou by exploring its relationship to the chakras and qigong meditation techniques. It also informed the continued development of a contemplative curriculum that could be utilized by post-secondary institutions.

I’ve wanted to try a sensory deprivation tank for years. It’s been on my bucket list after hearing friends swear by them.

As luck would have it, Parker is home to the largest float spa in Colorado. I was delighted to find a Groupon deal for a 90 minute session at the Astral Float Spa.

…invented by John Lilly back in 1954, it is a lightless, soundproof tank inside which subjects float in salt water at skin temperature. The tanks are now also used for meditation and relaxation and in alternative medicine. The best thing you can do for your mind, body and soul. The only environment like it is in space or back in the womb. – Astral Float Spa 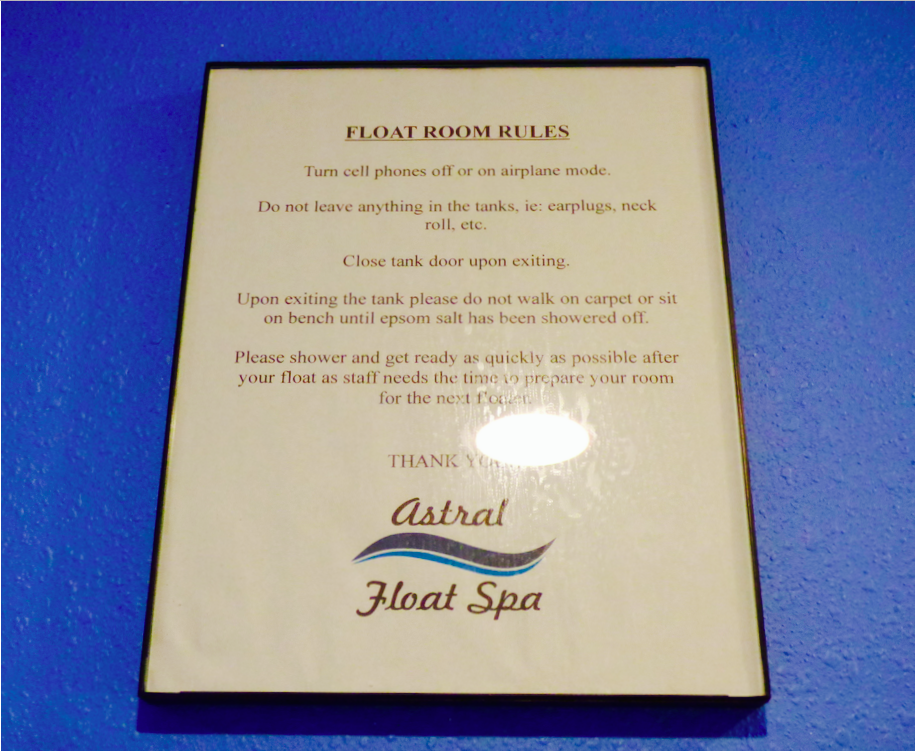 So why would anyone do this? Modern day living has many people feeling desperate for relief. Our senses are bombarded constantly. The need to unplug is strong but few of us are able to get off-grid.

Sensory deprivation tanks can be an oasis for an over-stimulated nervous system. Modern day yogis can use them for practicing pratayahara, (sensory withdrawal) the fifth limb of Patanjali’s eight-fold path. According to Yogapedia:

Pratyahara is considered important in yoga because it forms a bridge between the external focus of the previous limbs of yoga and the internal focus of the subsequent limbs, which move the practitioner into concentration, meditation and, eventually, to the goal of samadhi (union with the Divine). 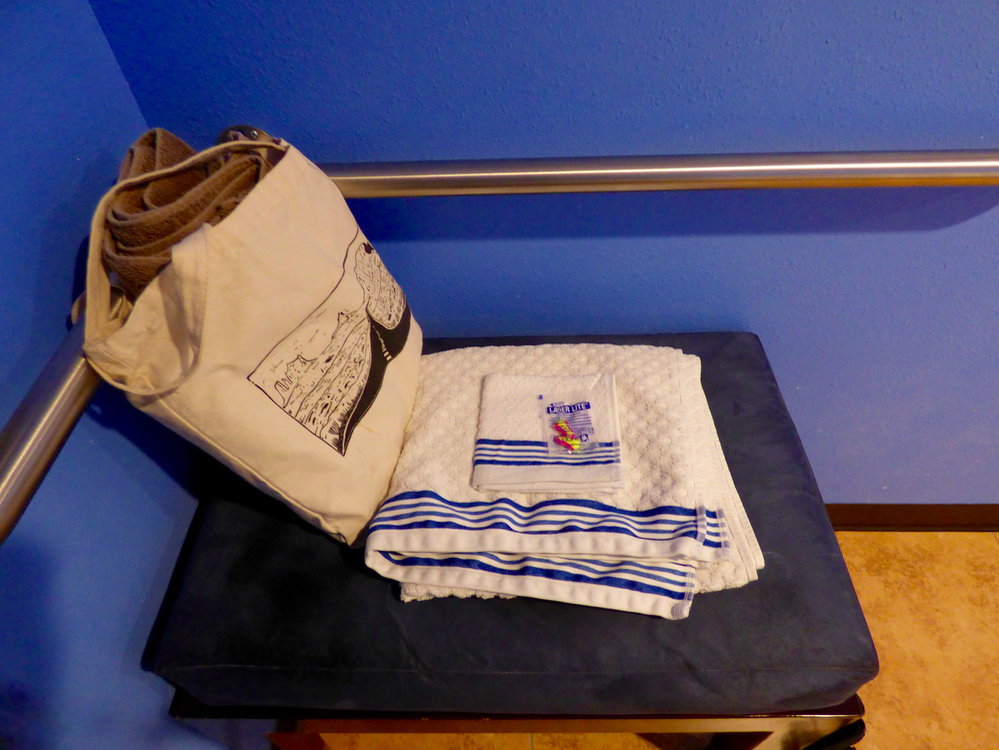 To be honest I was a little apprehensive. Mild claustrophobia and concerns of being too cold crossed my mind. I wasn’t about to let fear stop me so I worked through my reservations.

This may sound morbid, but we all die eventually. I figured that a 90 minute savasana was a good way to practice for the big event. That’s what “Corpse Pose” is for anyway.

My fears dissolved the moment I stepped into the tank. The darkness was inviting and the water temperature was comfortable. The parts of my body that were exposed to the air were surprisingly warm.

The high concentration of Epsom salt made my body super-buoyant. I positioned myself in the center of the tank and moved into stillness. The only sensory input was from occasional contact with the walls or a random droplet of condensation.

I focused on my breathing and started to relax. Knots of tension began to unravel. First my sacrum, then my right femur, left shoulder, fingertips…

As the layers of modern day body armor began to melt a wave of sadness rose up my back (the storehouse of past memories). Much like the effect of healing bodywork, floating helped me release some grief. 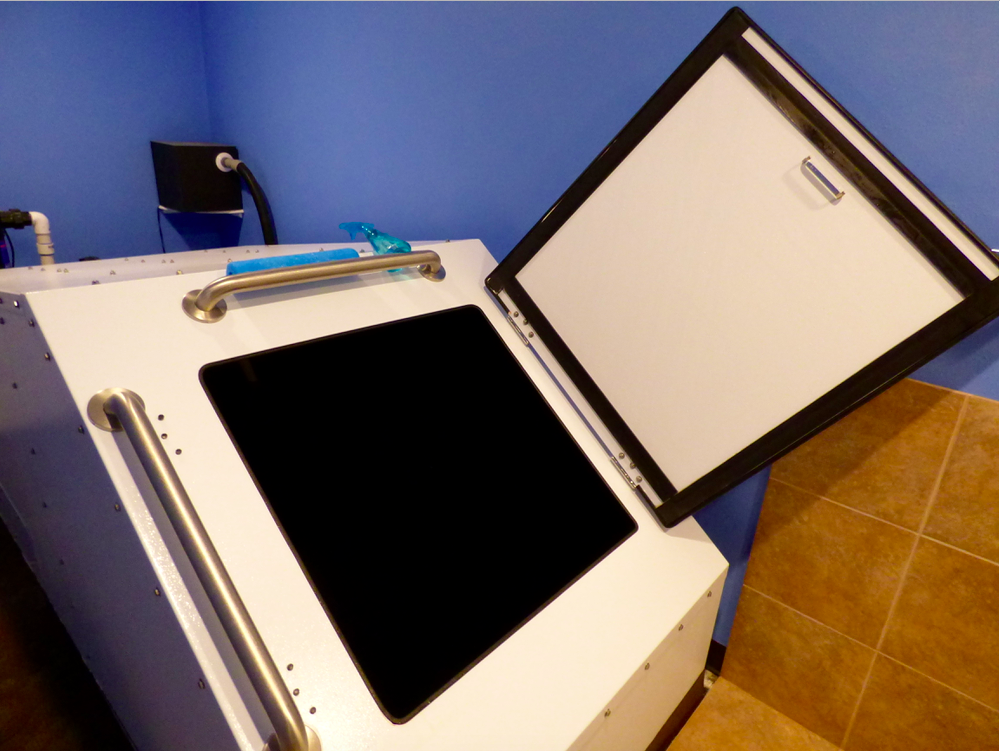 Once the daily headlines and life soundtrack ran their course, past memories of floating began to surface. These dreamlike images of swimming or soaking all shared a similar feeling of freedom. I drifted farther into a state of bliss when all of a sudden…

With uncanny precision, a single water droplet exploded between my eyebrows. Chinese Water Torture on my third eye. A current of awareness traveled up my forehead and the crown of my head began to pulsate.

After an hour of stillness I wanted to move again. I discovered that when I secured my heels against the floor I could slide back and forth, creating wave patterns with my spine. My joints cracked open as my hair floated around me like long strands of seaweed.

Afterwards I felt hypersensitive, similar to the effects of a two hour yoga practice. I felt disoriented, vulnerable, and eager to retreat from the world. I wasn’t so sure about the whole operating a motor vehicle thing, but I drove myself home. 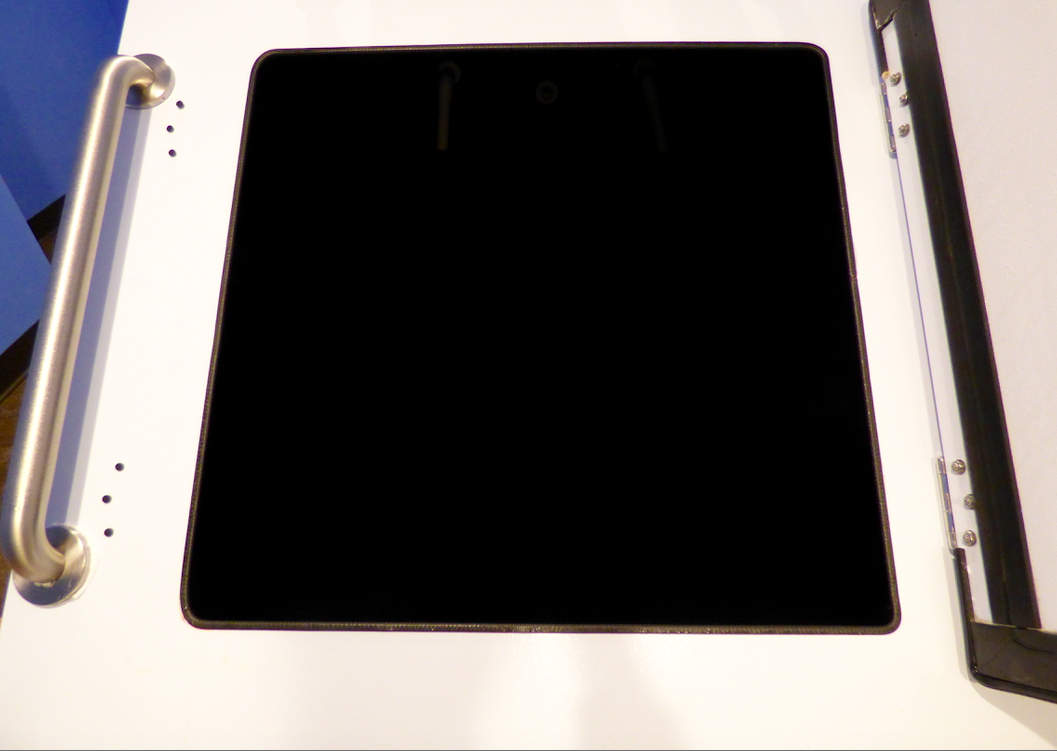 If you ever want to try a sensory deprivation tank, my advice would be to arrange for someone to pick you up. Also be sure to go when the weather is warm. Best to avoid going into the cold with open pores or a wet head. Stay healthy!