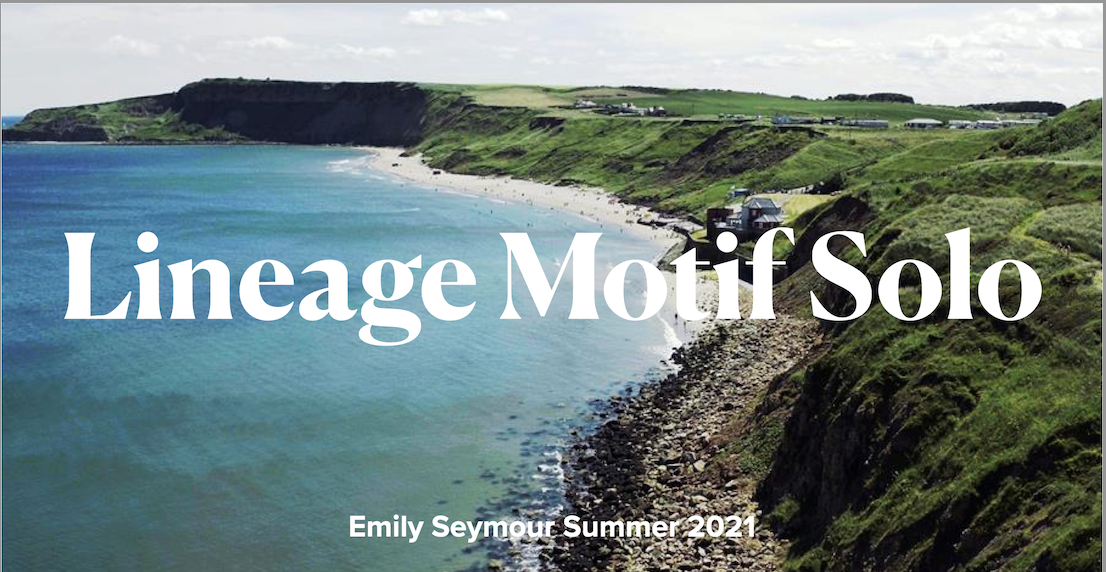 This is the third video project that I just completed for my Masters in Dance Education. There were two parts to the assignment – the first involved researching one of my own lineage/heritage origins based on my self-identification.

I chose to research the paternal side of my ancestry. In speaking with my father about our family history, he said our family has been in the United States since before the Revolutionary War. He said my paternal bloodline is a combination of French, English and Irish.

To gain further clarity, I went about investigating the origins of my last name, Seymour. Before starting this project, all I knew was that my name involved a reference to water.

I took this opportunity to educate myself about the root of this side of my family tree. I discovered that the name Seymour has both Norman French and Anglo Saxon origins. In both instances my name relates to specific geographic locations.

The first is an abbey in the commune Saint-Maur des-Fosses in Northern France. This historical landmark is located about seven miles from the center of Paris. Saint Maur was a traveling monk who was renowned for his healing abilities. Les-Fosses means “the moats.”

The Marne river surrounds most of Saint Maur-des-Fosses. The abbey sits on the riverbanks and was founded in 638.

The name Seymour also has ties to two locations in North Yorkshire, both of which are named Seamer. The name Seamer predominantly translates as “lake by the sea.” This is a reference to a lake that used to be near a church.

In my research of these two locational names I learned that they both involve a religious site near a body of water.

The dance portion of the assignment had a “site-specific” requirement, meaning that I needed find a setting that represented my research. So I set out to find a suitable dance space near water, which was not as easy as you might think!

My company recently transferred me to Pueblo West, Colorado. I’ve been so busy here that I’ve had very little time for exploring. But this project was a good opportunity to learn more about this beautiful area.

I spent about seven hours at different places, including the gorgeous Xeriscape Garden at Cattail Crossings, Liberty Point above the Pueblo Reservoir, and Lake Pueblo State Park. All three of these sites were amazing but I decided to film at the Wildlife Area overlooking the reservoir.

Prior to this course, I had very limited video production skills. Due to my high learning curve, this might be the most challenging class that I’ve ever taken. There’s certainly more that I could do with developing my editing skills. Hopefully I’ll have a chance to work on this in some of the other beautiful spots in Pueblo West.