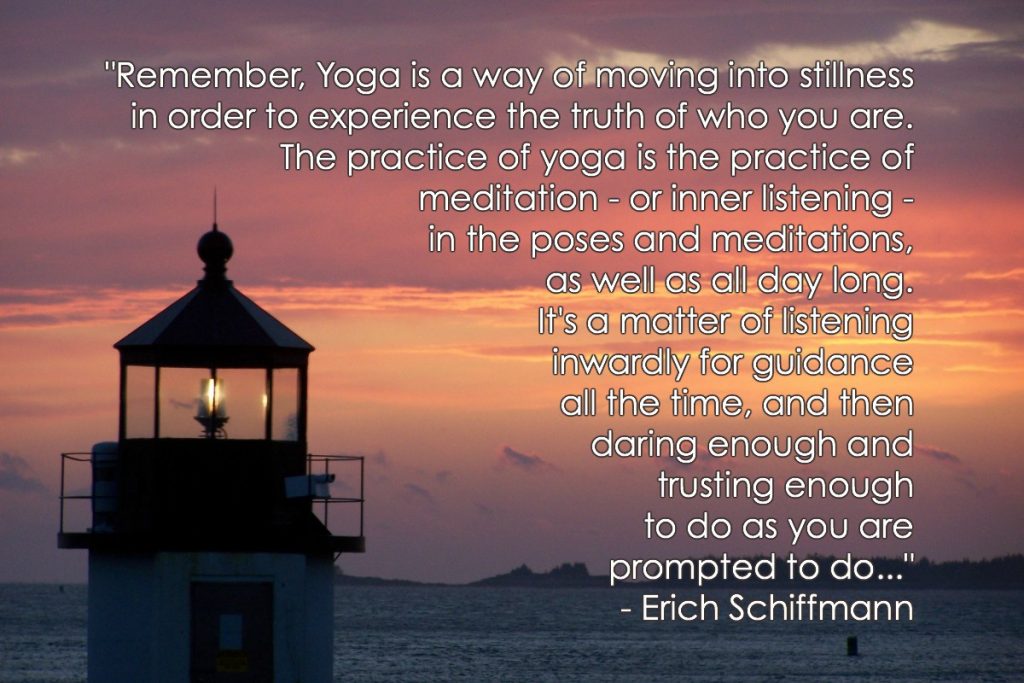 This is the second half of my review of Erich Schiffmann’s Freedom Yoga Immersion. As inspiring as this online course was I did see a few red flags along the way. To be honest, I almost stopped watching at Day 4. But I pushed through and remembered to use what works and leave the rest. Here’s what I left behind and what I’ll take into the future…

#2: The All One/One Love lectures had a heavy New Age-propaganda spin to them. I detected elements of “idiot compassion” (a phrase coined by Chogyam Trungpa) and the psychological warfare tactics described by KGB defector Yuri Bezmenov.

#3: The Milarepa Necklace. Schiffmann was seemingly unaware of the implications of wearing an image of this Tibetan yogi and sorcerer. This is not to be taken lightly. Not from anyone, not even an eccentric long-haired hippy.

#4: Food/Vegetarianism. I do not recommend attempting to replace food with love. Love is an emotion. You have to eat to survive. What you choose to eat has a direct impact on your physical and mental health.

#5: Free Will. Schiffmann believes that the best use of free will is to not use it. When it comes to spiritual practices it’s very easy to get lost in the “follow the leader” mentality. Handing over your free will to whatever you believe might be your intuitive connection to the Divine… well, that requires a high level of discernment, training and self-cultivation.

The Slow Path is Best

Learning how to engage with your intuition takes time. Traditionally, a guru and an aspirant would test one another over ten years before entering into a formal student-teacher relationship. I would suggest taking this same approach with your intuition. We’re talking about unraveling a lifetime of habituated thought patterns in order to understand who you are. And that’s just the beginning!

By all means, connect with your intuition through your body. Practice letting go in savasana (a preparation for dying). Get comfortable with feeling open, expansive and unguarded. Practice listening to your inner guidance in this relaxed state. Ask for guidance that is in alignment with your highest good. Connect with your desire to know.

Coming back to what worked. I’m so grateful to have been able to take this training for free. The two parts that were most helpful were Schiffmann’s encouragement to:

I highly recommend this course to anyone who is interested in developing their own yoga practice. 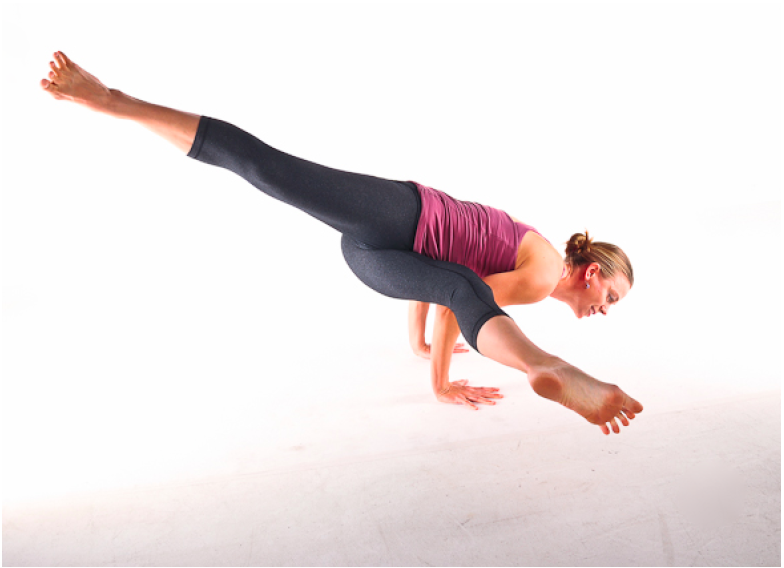 People will sometimes ask me how old I am. Honestly, I tend to forget (and it’s not from senility haha). On more than one occasion I’ve had to use a calculator to determine my age. It just isn’t something that I think about that much…

In my experience age associations tend to be more constrictive than empowering. You’re always too young or too old for something. And when someone learns your age their perspective of you shifts (I see this all the time). Age association shapes our idea of who we think we are. This can have an effect on us but only if we allow it to. Time is flexible to our perception of it.

You are not your age.

People tend to be surprised when I tell them how old I am. It’s partly because I don’t fit into the box of my age group. I try to maintain mental flexibility around aging. There’s a saying in yoga that what we focus our attention on tends to grow in size. Mindfulness meditation is a good tool for navigating potentially limiting thought patterns.

Your perception of yourself is one of the most powerful tools that you have in your belt. It helps to be aware of the ways that we talk about ourselves. Saying things like “I’m getting too old” is a sure-fire way to box yourself into self-imposed limitations. It’s the same with self-identifying with physical illnesses (example: “my arthritis”).

How we view our life experiences can also be limiting. Fixating on some aspect of the past as the being the “best time” of our lives makes us less likely to be open to new or different experiences.

Your physiological age can be measured by the flexibility of your spine. Psychologically, backbends help us to access the “backpack” of our past which is held in the dorsal side of the body. Releasing and opening the body through back bending helps us digest our past memories. Opening the front body allows us to become more receptive to the present moment and future.

I’ll never forget a birthday present of wisdom that was given to me by a fellow yogini. We were talking about aging and I was surprised to learn that she was forty years old. Her youthful and powerful presence made her look fifteen years younger. She quietly confided that “age is all spirit.”

How old is your spirit? 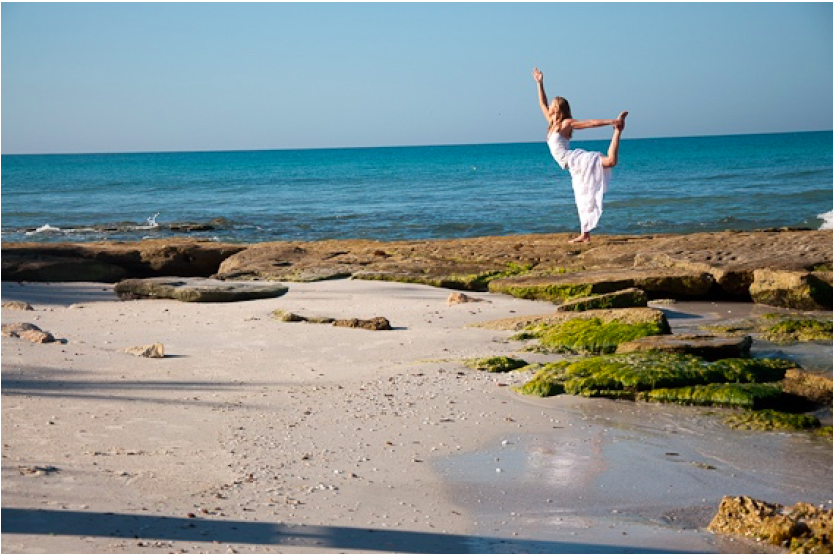 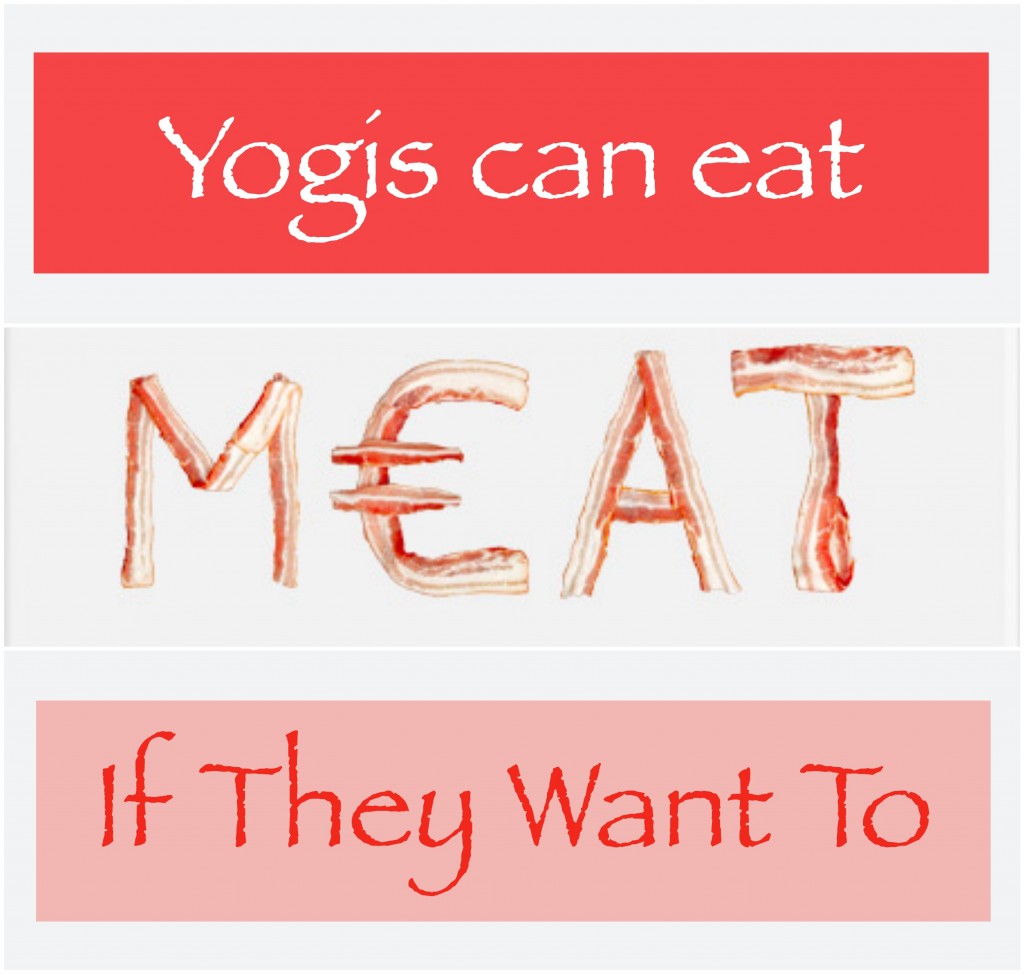 I’m a flexitarian, which means that I eat small amounts of healthy meat. As a yoga teacher, people tend to assume that I’m a vegetarian. I enjoy vegetarian cuisine and have experimented with vegetarianism, but it isn’t in my best interest to eat that way.

I could replace meat with supplements or food combining options (such as rice and beans) and would do so if I had no other options. I just know that my energy level and health is enhanced from animal proteins. I understand that every person’s body is unique and their diet should reflect that. This is just what works for me.

I grew up in an American home. My family belonged to a co-op for a while and supported the Maine organic farmers association. I experimented with vegetarianism when I was in high school, but quite honestly I had no idea what I was doing.

When I went to college I didn’t like the cafeteria food, so I wound up eating a lot of cereal, bagels and salads. My boyfriend came to visit and saw how depleted I was, so we bought a hotplate and we made pasta and sausage in my dorm room. That first home-cooked meal was like finding water in the desert.

After a year at college I decided to take a leave of absence and began apprenticing with my dance teacher. Being on the road and eating out a lot while teaching five days a week took a major toll on my body. During spring break I experimented with the Blood Type Diet. After just a week of eating according to my Type O recommendations I felt healthier than I had in years. I was eating sprouted grain breads, vegetables, fruits and small portions of healthy meats and fish. The higher cost of eating this way kept me from continuing, so I fell back into my old patterns.

After my dance teacher passed I became friends with a group of people who had a cooking tradition. Each week a different person would cook a shared meal. I was very nervous about cooking for a large group, and my first attempt was a failure. One of the older women shared some of her cookbooks with me. One was specifically for “starving artists” like myself.

I started teaching myself how to cook.

I began to integrate these books with what I’d been learning about food energetics. Cooking became a meditation for me as I practiced listening to my intuition while preparing simple meals.

I moved to New York where I met a Chinese doctor and martial artist. He taught me about cooking alchemy from an Oriental medicine perspective. I started to view my food as medicine. For the first time in my adult life I started relaxing my belly while I ate. As a dancer I’d always held it in out of fear of eating too much. I was exercising a lot and learned that in order to train effectively I had to have enough of the right kinds of fuel in my body.

I went on to study yoga and Ayurveda, and continued learning about food as medicine. Like any other food, meat has medicinal benefits. My yoga teacher (who eats fish and eggs) taught me about the importance of gratitude and the power of prayer when eating.

There’s a common misperception in New Age circles that eating meat is somehow less “spiritual” than vegetarianism or veganism. There are many yoga teachers who eat meat and even the Buddha ate meat. Apparently eating meat was what killed him though – the story goes that he died from being served contaminated pork, which is a great argument against mishandling.

Every person has the right to eat however they want.

This is just my story about food and I’m interested to hear yours. Feel free to leave a comment in the box below. 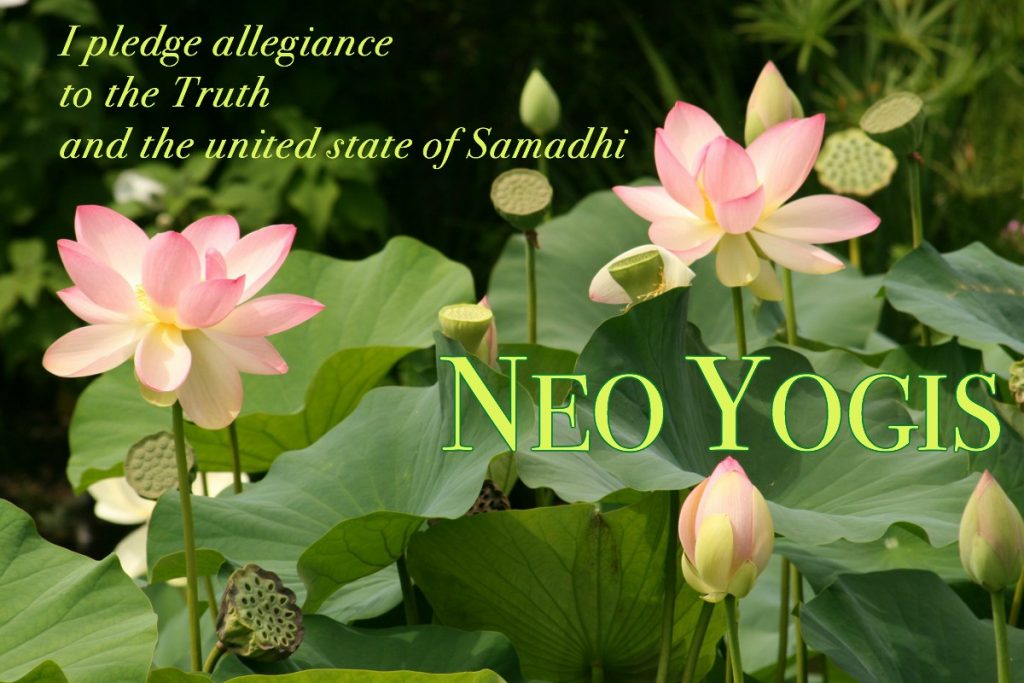